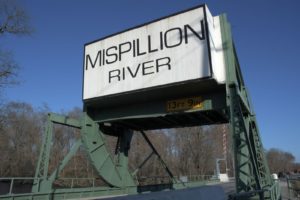 City Council discussed several DelDOT projects, including repairs to the Mispillion Bridge and a request that DelDOT conduct a study again to determine if a bypass from Routes 113 to Route 1 was feasible.

Milford City Council discussed several upcoming DelDOT projects, including a request for the state agency to reconsider the possibility of a bypass connecting Route 113 and Route 1 to alleviate traffic. Other projects included the Northeast Front Street TAP project, changes to the intersections of Routes 113 and 14 as well as an update to the Mispillion drawbridge.

“The first project is the DelDOT contract for the Northeast Front Street TAP project and matching funds,” City Manager Mark Whitfield said. “That’s actually much lower than what we had planned, which was $800,000. DelDOT met their percentage which is 20%, bringing our total to $429,000. So that will be a financial windfall, I guess, so I would recommend to council to approve the signing of this agreement by the mayor.

The council voted unanimously with several commenting that it was always good to allow some saving for the town. The Northeast Front Street TAP project will install pedestrian and bicycle lanes along this street as well as streetscape and traffic signal improvements. As a result of that vote, Whitfield submitted another DelDOT agreement that would allow the agency to make improvements to the intersection of Route 113 and Route 14. According to Whitfield, this project will cost the city nothing. , but the municipality had to accept the changes. This was also approved unanimously.

City planner Rob Pierce presented a memo created for Mayor Archie Campbell’s signature requesting that DelDOT recommit to a study of the US 113 north-south bypass project.

“In the early 2000s, Delaware State Department of Transportation engineers initiated a North-South Route 1 Study to identify a limited-access route from the Maryland State Line to the Highway 1 just north of Milford,” Pierce said. “The purpose of the study was to identify, select and protect the limited-access route to meet existing and future traffic demands set forth by the Federal Highway Administration.” Pierce said a link was provided in the council’s packet, available online, to a website with information about the study conducted in 2007.

The purpose of the previous study was to identify, select and protect the limited access route to meet future and existing traffic demands. The study focused on four distinct geographic areas, including Milford, Ellendale, Georgetown and Millsboro. The Milford task force met seven times between 2004 and 2007, garnering significant public input.

However, in 2007, Senate Bill 155 barred DelDOT from continuing the project in the Lincoln-Milford area. This was the result of significant resistance in the Lincoln area that led DelDOT to approve legislation stating that DelDOT will be “prohibited from continuing the US 113 South/North Improvements Project in the Lincoln and Milford area, as offered by the ministry’s capital transportation program. The bill authorized DelDOT to continue working to achieve local consensus for an acceptable alignment corridor for the Milford/Lincoln project area. Then-Secretary of Transport Carol Ann Wicks said that “there is no community consensus for a compromise alternative. Therefore, DelDOT will not pursue the US 113 North/South study in the Milford/Lincoln area.

“However, the other geographies identified in the overall plan have made progress,” Pierce said. “As such, staff recommends that City Council authorize the Mayor to sign a letter to be sent to DelDOT to renew the North-South Study. It does not commit to any particular alignment or recommendation, but congestion on the Highway 113 Corridor will only get worse and as areas continue to expand it will be more difficult to find a cost-effective and reasonable alternative. . that benefits the community.

Councilman Mike Boyle pointed out that a project of this magnitude would require extensive road construction. Pierce said several alternatives have been proposed that would help allow through traffic to avoid red lights in town and access Route 1 from Route 113, thereby reducing congestion.

“From a staff perspective, one of our concerns is that it’s all south of Milford to the Maryland line which is currently being worked on,” Whitfield said. “But there is absolutely no plan from South Milford to North Milford and that is what we are coming to. We don’t know what the plan is, but we really need to take a look. This also came up when I met with Carlisle Fire Company in their attempts to answer, as at times it gets really crowded. So watching their ability to get to the fire company is really tough and it’s not going to get better. It’s only going to get worse and with no plan on the horizon, we think it’s worth the board to at least contact DelDOT.

Pierce explained that there had been a plan to reconfigure the freeway that would eliminate some of the red lights, but the planning effort began more than 20 years ago with no construction since the plan was proposed . He said this would all be long-term planning, with nothing happening for another 15 or 20 years, as funding, design and environmental impact studies would need to be carried out.

“It seems odd that the Legislature would actually pass a bill saying you’re not allowed to do that,” Councilor Boyle said. “Was there a change of heart somewhere in the legislature or would we have run into the same problem.”

Pierce said there may be a similar issue with the legislature, but staff recommend DelDOT relaunch the study, in the hopes they can garner political support for the project. Councilor Brian Baer suggested tying the request to the new business park and Pierce explained that it was possible that would be part of the discussion.

“For Mark and Rob, our current traffic situation based on our current population and growth, we already know that coming is not going to improve,” Councilor Jason James said. “If we don’t tell them at least to study this and that we need action, we are only fooling ourselves, especially if everything is addressed north and south of us. I don’t see a problem in inciting DelDOT. I think we have to. And Rob, it takes my breath away when he says it could be like 15 years before anything gets done. So we have to urge them to see if they can step up.

Councilor Andy Fulton stressed that this was just a study and that DelDOT would come up with plans that the council could then review to see if they were viable for the community.

“We’re saying they’re investigating it, finding alternatives because the traffic on 113 is getting worse and worse,” Councilman Fulton said. “You can’t find places. I completely avoid the beach in the summer now because of the traffic. I don’t want to avoid traffic on the 113 for the same reason, so I think a study is warranted and I think it’s a great idea.

Councilor Boyle agreed, saying it didn’t hurt to look into the matter.

“As Rob says, it’s probably going to be 20 years before we put a shovel in the ground at the earliest,” Councilor Boyle said. “We have the two biggest growing areas in the south and west. It’s probably a good time to take a look and make some preliminary plans while there’s still time and ground. If it is the desire of the state legislature, there will be money.

Council voted unanimously to have Mayor Campbell sign the letter and send it to DelDOT.

Cameras capable of catching motorists speeding or crossing a red light are installed at two locations in Lancashire. The infrared cameras will be installed at locations controlled by traffic lights – the A59 county road in Ormskirk and the point where the main road meets Hayfield Road, LancsLive reports. Lancashire County Council has already said […]

Putin warns against countermeasures Anticipating international condemnation and countermeasures, Mr Putin issued a stern warning to other countries not to interfere, saying: “Anyone who tries to prevent us, let alone create threats to our country and its people, must know that the Russian response will be immediate and will lead to consequences that you have […]

Rail strikes are set to add to the woes of tourist attractions in Kent, after chaos in cross-Channel travel last week saw visitor numbers plummet. Earlier this week, Deirdre Wells, chief executive of Visit Kent, called on the government to act to help ease delays in Dover and Folkestone and the resulting congestion on Kent’s […]