Tessa Wilson, a management graduate with GXO UK and Ireland, has started a six-month secondment as project officer for the second phase of Transaid’s professional driver training project in Uganda, helping the country respond to the Huge Increase in Demand for Heavy Duty Trucks and PSV Drivers. The appointment sees Tessa swapping her previous placement at a GXO facility in Kent for the tropical climate of Kampala, working closely with Transaid’s non-governmental organization (NGO) partner, the Safe Way Right Way Driver Training Centre, as well as local truck and bus fleet operators. .

Tessa explained: “It’s been one of the biggest challenges I’ve taken on and I really appreciate the opportunity to work in such a different environment. I’m only a few weeks away, but I’ve already learned some new skills and it’s wonderful to contribute to such an important project.

During the secondment, Tessa will split her time between the training center and meetings with local companies managing commercial vehicle fleets, to reinforce the importance of professional driver training and the opportunities and benefits of hiring female drivers.

Neil Rettie, Transaid’s Road Safety Project Manager, added, “Thanks to GXO’s continued support, we are able to provide a level of local level resources that otherwise would not have been possible on a full-time basis. The value Tessa brings cannot be underestimated; Plus, we know from experience that these placements can go a long way in helping secondments develop their skills and confidence in an environment that you simply can’t replicate at UK level.

Transaid and Safe Way Right Way have been tasked with training 750 drivers in Uganda between April 2021 and April 2023, of which at least 25 are expected to be women – a target which has already been surpassed, with over 40 female drivers having completed the training to -Date. This project is an initiative of GIZ’s Employment and Skills for Development in Africa (E4D) programme, funded by the governments of Germany and Norway. It is implemented jointly by Transaid and the local NGO Safe Way Right Way on behalf of GIZ E4D.

The Professional Driver Training Project in Uganda is one of Transaid’s largest driver training programs, currently running alongside similar initiatives in Ghana, Mozambique, Tanzania and Zambia. Tessa takes over from her colleague Abbie Rennison, who had previously been seconded from GXO on the project. The possibility of participating in secondment programs is one of the many advantages offered to Transaid member companies. 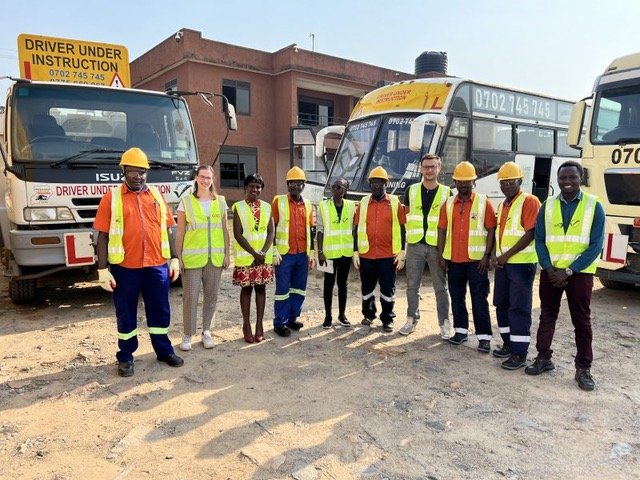 NEW KENT – Members of the New Kent Fire and Rescue Service and a quick-witted resident were recently honored for helping save the lives of heart attack victims. “[Their] dedicated efforts to save lives have defied odds and have resulted in three people being with us here tonight,” Chief Rick Opett said at the June […]

Kent sees its downtown as a “destination”. New sidewalks could be even more ‘invigorating’

KENT – Crews have been on the streets of Kent all week as construction of the town’s streetscape project has begun. The approximately $3 million project, which involves replacing approximately 11,000 linear feet of sidewalks in the city, took 14 years to complete. The work is expected to be completed in approximately 180 days. Kent […]

The Chatham-Kent Police Department responded to 134 calls for service in the past 24 hours. Three people were arrested, one person on an outstanding warrant. Disruption leads to arrest – CK22012180 Police attended at around 8.40pm yesterday at a residence on King Street in Wallaceburg due to a disturbance. A local resident located a woman […]